Los Angeles, CA (July 14, 2018) – Moras Productions will launch the first 11 pages of its comic book series The Unearthians during San Diego Comic Con 2018. The release will be exclusive on its official Facebook page on Wednesday, July 18, 2018. This release of the first 11 pages would be a preview special for the celebration of the biggest event in comic books and superhero/science fiction movies of the year.

The Unearthians is a 12-issue comic book series that features an action-packed sci-fi narrative in which two best friends are abducted by aliens and imprisoned in an underground base on Earth. While in captivity, Mateo and Carter discover the dark agenda that the aliens have in store for Earth and the entire galaxy. But Mateo and Carter also have a secret which they will use to their advantage. They join other imprisoned beings to fight the aliens. Good and evil collide when this unconventional team comes together to battle the fascist regime. In addition to being an action-packed sci-fi thriller, it is a warm, honest, happy, and very human story.

The Unearthians will arrive on Earth in the fall of 2018 with the release of Issue#1 titled Mateo and Carter.

To see the 11 pages preview special on Wednesday, July the 18th follow The Unearthians Official Facebook Page at https://www.facebook.com/theunearthians/ 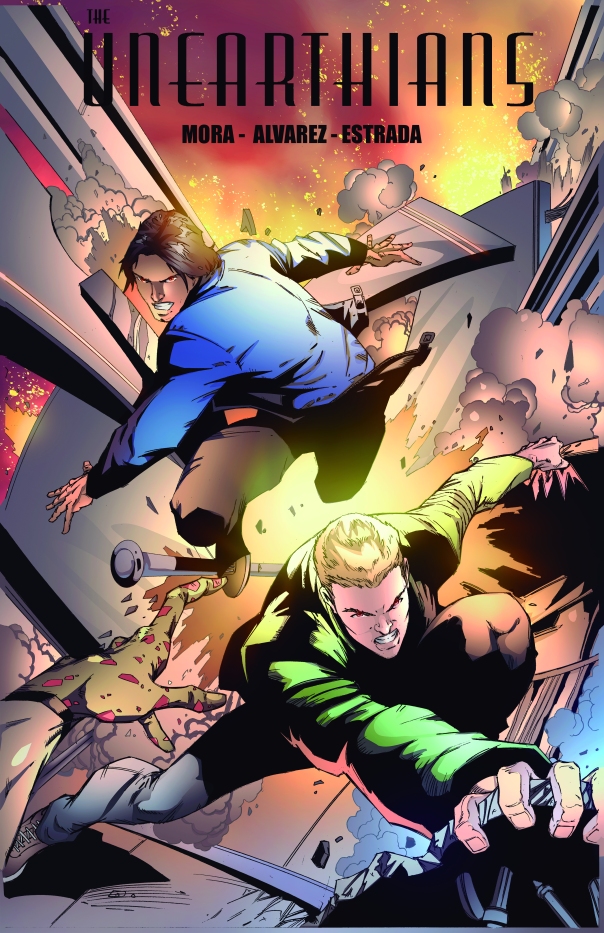